Articles by Wade E Taylor and others

Overcoming Hindrances to Our Going Further 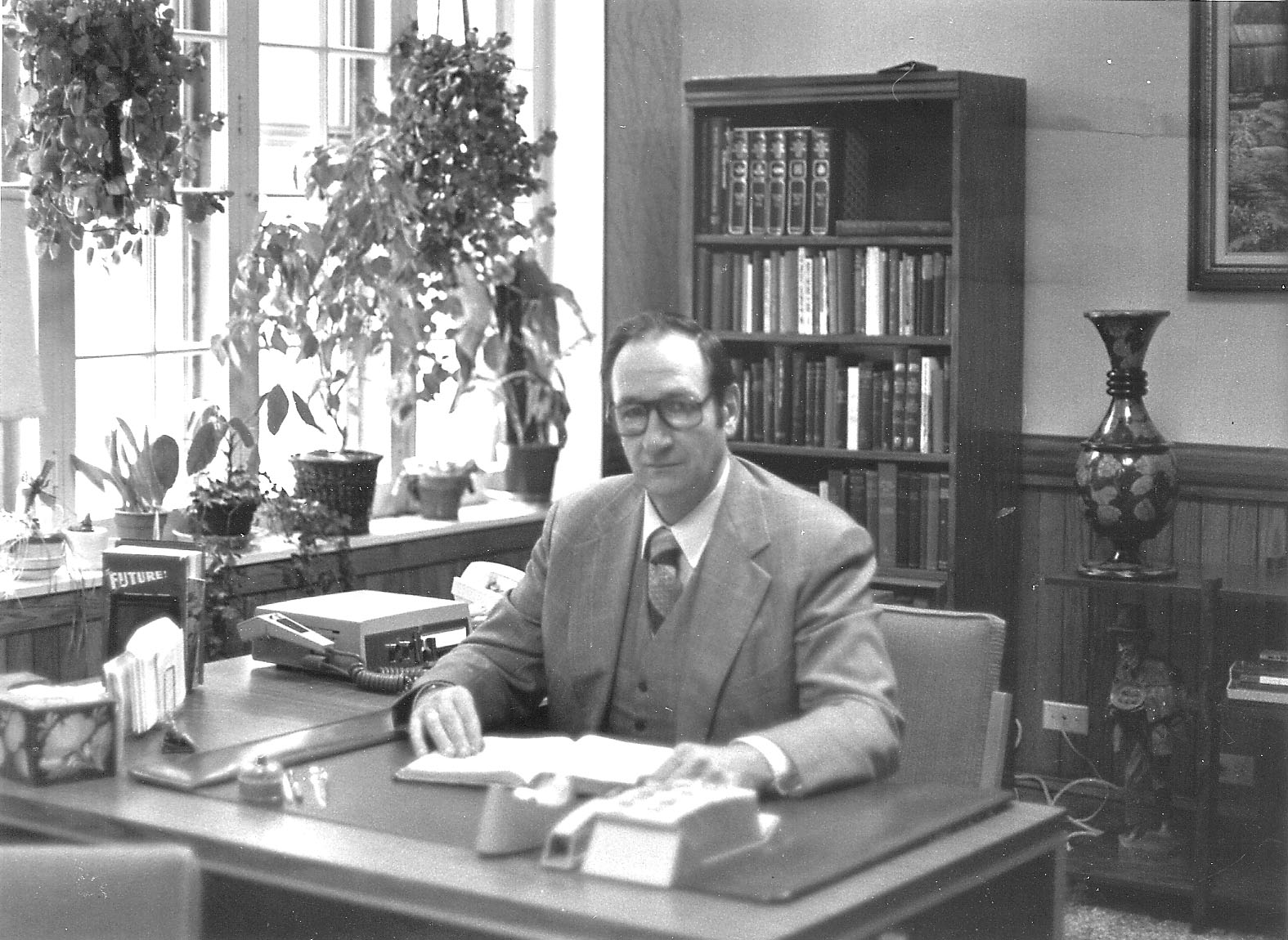 Overcoming Hindrances to Our Going Further

Published by Parousia Ministries on June 1, 2021

“And to make all men see what is the fellowship of the mystery, which from the beginning of the world has been hidden in God, who created all things by Jesus Christ: To the intent that now to the principalities and powers in heavenly places might be known by the church the manifold wisdom of God, according to the eternal purpose which He purposed in Christ Jesus our Lord.”  Ephesians 3:9-11

The nations of this world are dramatically influenced by principalities and powers – the rulers of darkness who are seated in the heavenlies and adversely affect the atmosphere in which we live.  Their purpose is to produce spiritual darkness, and as much as possible impede those who seek any level of spirituality.

At this present time, we should be both hindering and replacing their influence and control with that which is Godly – which will lead to righteousness, peace, and joy in our personal lives, our families, in all that relates to us, and then, throughout the earth.

END_OF_DOCUMENT_TOKEN_TO_BE_REPLACED

Published by Parousia Ministries on May 1, 2021

“Deep calls to deep. At the noise of Your waterspouts, all Your waves and Your billows are gone over me.”  Psalm 42:7

“Behold, I stand at the door (of your spirit), and knock: if any man hear My voice, and open the door, I will come in to him, and will sup with him, and he with Me. To him that overcomes will I grant to sit with Me in My throne, even as I also overcame, and am set down with My Father in His throne.”  Revelation 3:20-21 (comment added)

END_OF_DOCUMENT_TOKEN_TO_BE_REPLACED

Published by Parousia Ministries on April 1, 2021

“To the angel of the church in Sardis write; These things says He that has the seven Spirits of God, and the seven stars; I know your works, that you have a name that you live, and are dead.”  Revelation 3:1

There were those in the church at Sardis who appeared to be spiritually alive, but the Lord saw them as being dead.  This can be applied to those in the Body of Christ who are saved, but satisfied with all that the Lord accomplished on the cross in their behalf (their judicial relationship to the Lord), but they have not been willing to come under the power of the cross to change their lives (their experiential relationship to the Lord).

END_OF_DOCUMENT_TOKEN_TO_BE_REPLACED

Entering the Depths with Jesus

Published by Parousia Ministries on March 1, 2021

Many of us have formed an opinion of how a particular person, whom we have never seen, looks.  Then when we met them, they looked totally different than we had thought.  This is due to a “perceived” knowledge from which we formed an opinion without “experientially” knowing them.

Our spiritual journey began when we accepted Jesus as our Savior.  We had information about Jesus being our Savior, but we did not personally know Him.  But, there was more in our being redeemed than we realized.  Through “regeneration,” we became a new creation, and there was placed within us the desire to personally know the One who had redeemed us.

Because of this, we can, with the Apostle Paul, say:

“I long to know Christ and the power which is in His resurrection, and to share in His sufferings and die even as He died; in the hope that I may attain to the resurrection from among the dead. I do not say that I have already won the race or have already reached perfection. But I am pressing on, striving to lay hold of the prize for which also Christ has laid hold of me.”  Philippians 3:10-12 Weymouth

END_OF_DOCUMENT_TOKEN_TO_BE_REPLACED

The Fellowship of His Sufferings

Published by Parousia Ministries on February 1, 2021

In Philippians 3:5-10, Paul gives expression to the fact that there is much that can be apprehended and experienced, beyond that which he had previously known and experienced.

“That I may know Him, and the power of His resurrection, and the fellowship of His sufferings, being made conformable to His death… not as though I had already attained, either were already perfect: but I follow after, if that I may apprehend that for which also I am apprehended of Christ Jesus.”  Philippians 3:10, 12

He has come to know that the Lord can be personally, intimately known.  The Jews of his day did not have this concept, as they saw only the structured religious system which they sought to protect.

END_OF_DOCUMENT_TOKEN_TO_BE_REPLACED

Rise Up and Come Away

Published by Parousia Ministries on January 1, 2021

A Prophetic Vision for our day

“…For, lo, the winter is past, the rain is over and gone; the flowers appear on the earth; the time of the singing of birds is come, and the voice of the turtle is heard in our land; the fig tree puts forth her green figs, and the vines with the tender grape give a good smell. Arise, my love, my fair one, and come away.”  Song of Solomon 2:10-13

During the time in which we live, an urgent, present Word from the Lord is going forth.  He is saying to those who have a spiritual ear to hear: “I am separating to Myself all those who are willing to be made ready to have a part with Me in that which I am about to do.  Therefore, arise and come away with Me.”

END_OF_DOCUMENT_TOKEN_TO_BE_REPLACED

Steps Toward a Spirit-Led Life

Published by Parousia Ministries on December 1, 2020

To “live in the Spirit” is to yield the totality of our being so Jesus can live His life through us as a present day witness.  This requires our living on a high plain of commitment, and our maintaining an active personal relationship with Jesus.  This will enable us to say with the Apostle Paul:

“I am crucified with Christ: nevertheless I live; yet not I, but Christ lives in me….”  Galatians 2:20

END_OF_DOCUMENT_TOKEN_TO_BE_REPLACED

Published by Parousia Ministries on November 1, 2020

“And they sang a new song, saying, You are worthy to take the book, and to open the seals thereof: for You were slain, and have redeemed us to God by Your blood out of every kindred, and tongue, and people, and nation. And has made us unto our God kings and priests: and we shall reign on the earth.”  Revelation 5:9-10

This “new song” is not one that we learn.  Rather, it is the result of our submission to the dealings of the Lord, and it is a testimony of what we have become – “kings and priests.”

END_OF_DOCUMENT_TOKEN_TO_BE_REPLACED

Born of the Spirit

Published by Parousia Ministries on October 1, 2020

“There was a man of the Pharisees, named Nicodemus, a ruler of the Jews: The same came to Jesus by night.”  John 3:1-2a

Nicodemus waited until it was dark so he would not be recognized.  However, there is a deeper meaning as to why he “came by night.”  The Old Covenant, the Law, began in manifest glory, but had degenerated into a religious ritual which resulted in spiritual darkness.  Nicodemus walked out of this religious darkness toward the One he now recognized as being the “light” that he sought, but being a Pharisee, had not previously found.

“Again therefore, Jesus spoke to them, saying: I am the light of the world; he who follows Me shall not walk in the darkness, but shall have the light of life.”  John 8:12  Douay-Rheims Bible

As Nicodemus approached Jesus, he said, “Good Master.”  He was saying, “Jesus, You have something that I do not have. I have come to see what it is, and receive.”

“Jesus answered and said to him, “Truly, truly, I say to you, unless one is born again, he cannot see the kingdom of God.”  John 3:3 NASB

END_OF_DOCUMENT_TOKEN_TO_BE_REPLACED

Our Attaining to that Which is Best

Published by Parousia Ministries on September 1, 2020

“Yes, I long to come to know Him; that is, the power of His resurrection, and so to share with Him His sufferings as to be continuously transformed by His death, in the hope of attaining, in some measure, the resurrection that lifts me out from among the dead.”  Philippians 3:10-11 Williams

We must guard our spirit concerning attitudes and things that can hinder the “quality” of our spiritual life.  When we neglect to value and maintain His presence in our daily life experience, we will gradually lose our interest in daily communing with the Lord.  Our understanding of spiritual principles will become clouded and deteriorate, and we will be robbed of His best for us.

END_OF_DOCUMENT_TOKEN_TO_BE_REPLACED

Published by Parousia Ministries on August 1, 2020

“After this, I looked, and, behold, a door was opened in heaven: and the first voice which I heard was as it were of a trumpet talking with me; which said, Come up here, and I will show you things which must be hereafter.”  Revelation 4:1

“After this, I looked.”  The result of John’s response to the manifestation of the presence of the Lord was an opening into the realm of the Spirit – “a voice… as a trumpet talking with me.”  This “voice as a trumpet” is a call to action, and speaks of spiritual direction and authority.  Notice that the door opened, when John looked.

For those who are responding as John responded, there is an empowering that has to do with “dominion” that is being imparted at this present time.  When this verse was quickened to me, I began asking the Lord to “show me things which must be hereafter.”  This prayer is being answered.

END_OF_DOCUMENT_TOKEN_TO_BE_REPLACED

You Shall Be Witnesses

Published by Parousia Ministries on July 1, 2020

“But you shall receive power, after that the Holy Ghost is come upon you: and you shall be witnesses to Me both in Jerusalem, and in all Judea, and in Samaria, and to the uttermost part of the earth.”  Acts 1:8

The Baptism in the Holy Spirit was given that we might receive the enabling to “become” a witness.  This speaks of far more than our receiving power to do witnessing, as we ourselves are to become this witness – not something that we are to do or say.

END_OF_DOCUMENT_TOKEN_TO_BE_REPLACED

Published by Parousia Ministries on June 1, 2020

The “Baptism of the Holy Spirit” is received at the time of salvation, in which we are “immersed,” or “set” into the Body of Christ, by the Holy Spirit.

“Now you are the body of Christ, and members in particular.”  I Corinthians 12:27

“We are all baptized into one body.”  Through “regeneration,” we are made a specific member of His body (a member in particular).  As we grow spiritually, we will discover our place within the Body of Christ (placement).  It is important that we both know and function in this specific calling and ministry.

END_OF_DOCUMENT_TOKEN_TO_BE_REPLACED
OUR RESTING IN CONFIDENCE 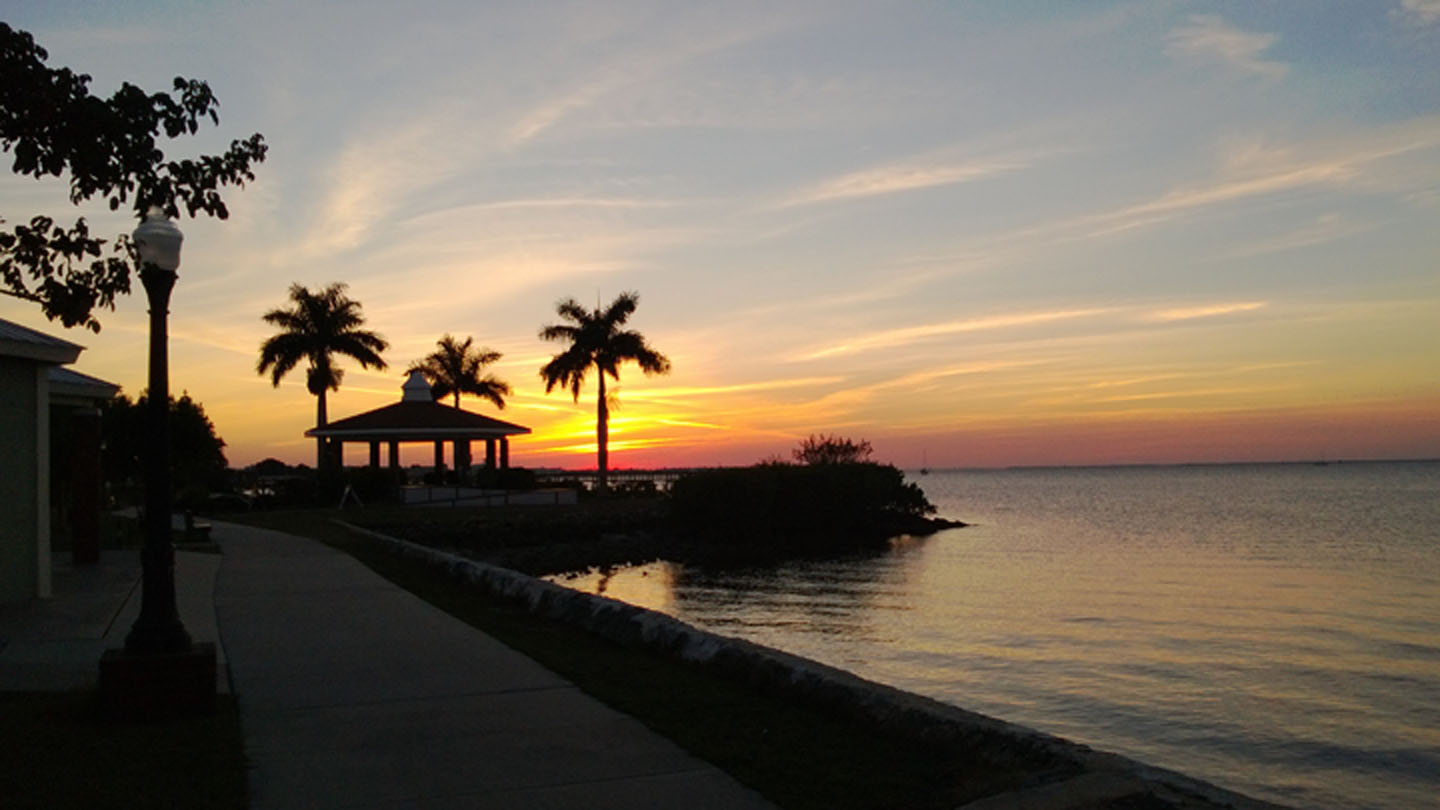 OUR RESTING IN CONFIDENCE

Published by Parousia Ministries on May 16, 2020

The enemy is making a lot of “noise” these days, doing all he can to cause fear and panic on the earth and to thwart God’s Kingdom. And yes, around the world people’s foundations are being challenged and shaken. BUT – In spite of the adversary’s best schemes, the KING OF KINGS LORD OF LORDS OUR GOD reigns!

As believers, we know that our God is on the throne, and His Kingdom rules over all. He is still in control. And His invitation remains to “Enter His rest”, “to fear not”, “to be still”, “to trust”. And it seems we have been given an opportune season to draw close and re-assess; and to make sure that God alone is our great confidence.

END_OF_DOCUMENT_TOKEN_TO_BE_REPLACED

Published by Parousia Ministries on May 3, 2020

Charles Wesley wrote, “Amazing love! How can it be that thou my God wouldst die for me?”

We continue to be amazed as we ponder the depths Jesus, the Son of Man went, to redeem mankind and deliver us from evil. His suffering went beyond the stripes and the cross, down into the belly of the earth.