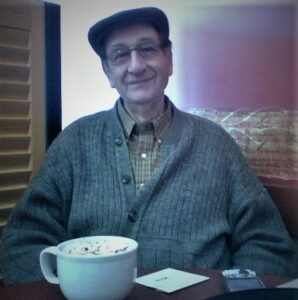 It was in the 1950s that Wade responded to the Lord’s call. While listening to the radio in his car, he heard a church service. He was passing by that very church, so he decided to go in. He sat there, his eye on the door, waiting for the service to end so he could quickly leave. Fortunately, a man met him at the door and offered to pray with him. He received the Lord Jesus Christ as his Savior, and his walk with the Lord began.

Soon he enrolled at Eastern Bible Institute (EBI) in Green Lane, Pennsylvania. He sold two successful businesses – a general insurance agency and a cable television company, in order to more fully concentrate on preparation for the Lord’s calling on his life.

One of his teachers, Walter Beuttler, had a profound influence on his life. Beuttler challenged his students to cultivate a personal and experiential knowledge of the Lord.

Through the example of Beuttler’s personal walk with the Lord and the impartation of his teachings into Wade’s life, two transforming qualities were established in his life: the value of waiting on the Lord and cultivating a hearing ear to respond to His presence.

After graduating from Eastern Bible Institute, Wade purposed to start a church in the city of Philadelphia, but the Lord had different plans and intervened. For the next 35 years, he ministered in two different Bible schools, one of which he established. During this time, he served as president, taught, was editor of The Banner, and wrote many articles.

In 1998, a specific word from the Lord led him to relocate to the nation’s capital. He moved to Washington, D.C., with an on-going intercessory burden for the establishing of the Kingdom of God. He continued to pray, write, and minister to many until the Lord took him home in 2012.

Wade Taylor authored four devotional books: The Secret of the Stairs, Waterspouts of Glory, Unlocking the Mysteries of the Kingdom, and Being Made Ready. These books are available on his publications website (www.wadetaylorpublications.org) and have touched countless lives around the world.

The much-coveted qualities of spiritual excellence, which have been the defining attributes of his life and ministry, continue to be imparted to the Body of Christ at large through his teaching website (www.wadetaylor.org).

Wade continues to be greatly beloved by the Lord’s people as one with a special anointing to bring forth the deep truths of the Spirit with a clarity and simplicity that draws the hearer up into a closer walk and deeper relationship with our Lord Jesus Christ.